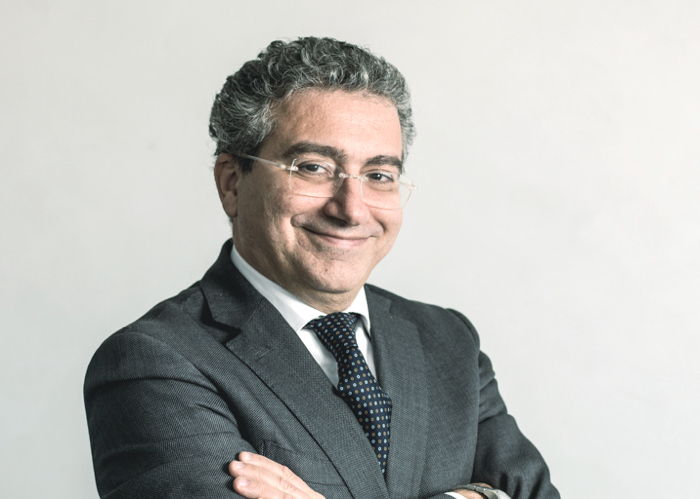 Since 2017, Giuseppe Del Villano is the Director of the Corporate Affairs and Services Department of Acea, which includes responsibilities in Purchasing and Logistics, Regulatory, Legal and Corporate Affairs and Occupational Safety areas. In Acea he is also Attorney General, Head of the Secretariat of the Board of Directors, Employer, Head of internal legal advice, Head of Transactions with Related Parties and Secretary of the Board of Directors.
Within the Acea Group, he previously held positions as Head of the Audit Function and Internal Control Officer (2009-2013) as well as head of the Legal and Corporate Affairs Department (2013-2016). He also held the position of member of the Supervisory Bodies, pursuant to Legislative Decree 231/2001, of Acea Spa, Acea Energia Holding, Acea Ato2, Acea Distribuzione, Ass, Aria, Sao, Aquaser, Acea Energia, Acea Produzione, Solemme, Kyklos, Gesesa, Isa and Acea8cento. He was a Director of Acea Distribuzione SpA and Aria SpA.
Furthermore, he held important managerial responsibilities related to legal activities, purchases, internal controls and investment financing at ISMEA, Invitalia SpA and Ministry of Communications. He was also Director of Infratel, Innovazione Italia and Promair, Chairman of the BoD of Sviluppo Italia Campania and board member of the National Agency of municipal and provincial secretaries.
He has held, among other things, the role of legal expert in the field of entrepreneurship, tenders and public services for the Presidency of the Council of Ministers. He has been part of several institutional commissions at national level for the in-depth study of legal issues and for the realization of investments.
He was professor of “Regional Law” course at Università Telematica Guglielmo Marconi in Rome.
He is enrolled in the Register of Lawyers (special list) and in the Journalists Register (List of Publicists).
He graduated in Law, qualified as a lawyer, three-year specialization in trade union law, labor law and social security, and post-graduate training for legal and legislative consultants.