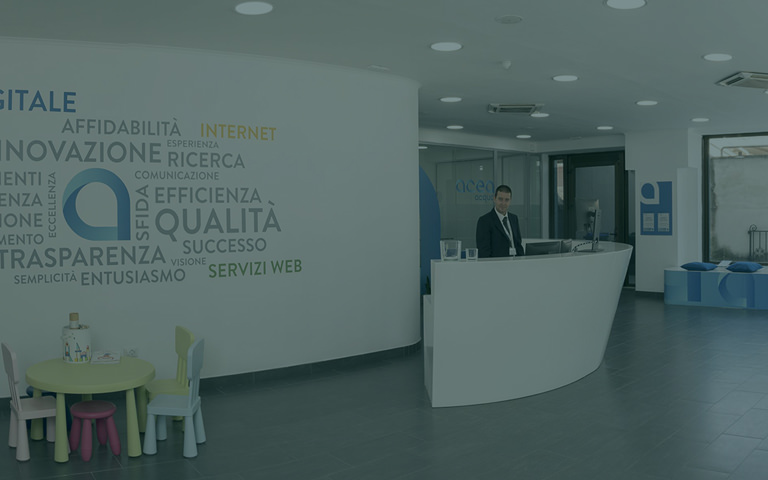 Yes, we can save water

Even though we're well into autumn, the city belt of Rome and the entire region continues to suffer a months-long drought. As you know, this is an unprecedented phenomenon causing a serious lack of water. Since May, Acea has endeavoured to do its best to guarantee the water supply to the city and the surrounding area.

The Company has set up a control booth to monitor and repair the hundreds of hidden and visible leaks along the network. Our work across the board, involving thousands of men and women from the company and from suppliers, has already been successful: so far, we have carried out over 4,000 interventions, and approximately 13,000 components have been inspected in the last few months, all of which has enabled us to recover over 2,300 litres of water per second. We have worked constantly and after an initial inspection along the entire 5,400 km water network of the Capital, our company is now carrying out a second inspection of approximately 2,500 km we have already checked.

Our efforts in recent months have already produced better results than expected and enabled us to stop taking water from Lake Bracciano on 14 September.

However, as this extraordinary drought shows no sign of coming to an end, it is important for residents to play their part. In fact, a few daily expedients can considerably reduce consumption and recover a significant quantity of water.

In order to raise awareness among our fellow citizens, on Monday 6 November, our company will commence the second phase of the campaign, originally promoted last August, to provide simple, yet important advice on how to use the resource correctly and sensibly. The people taking part in the videos are all Acea personnel. 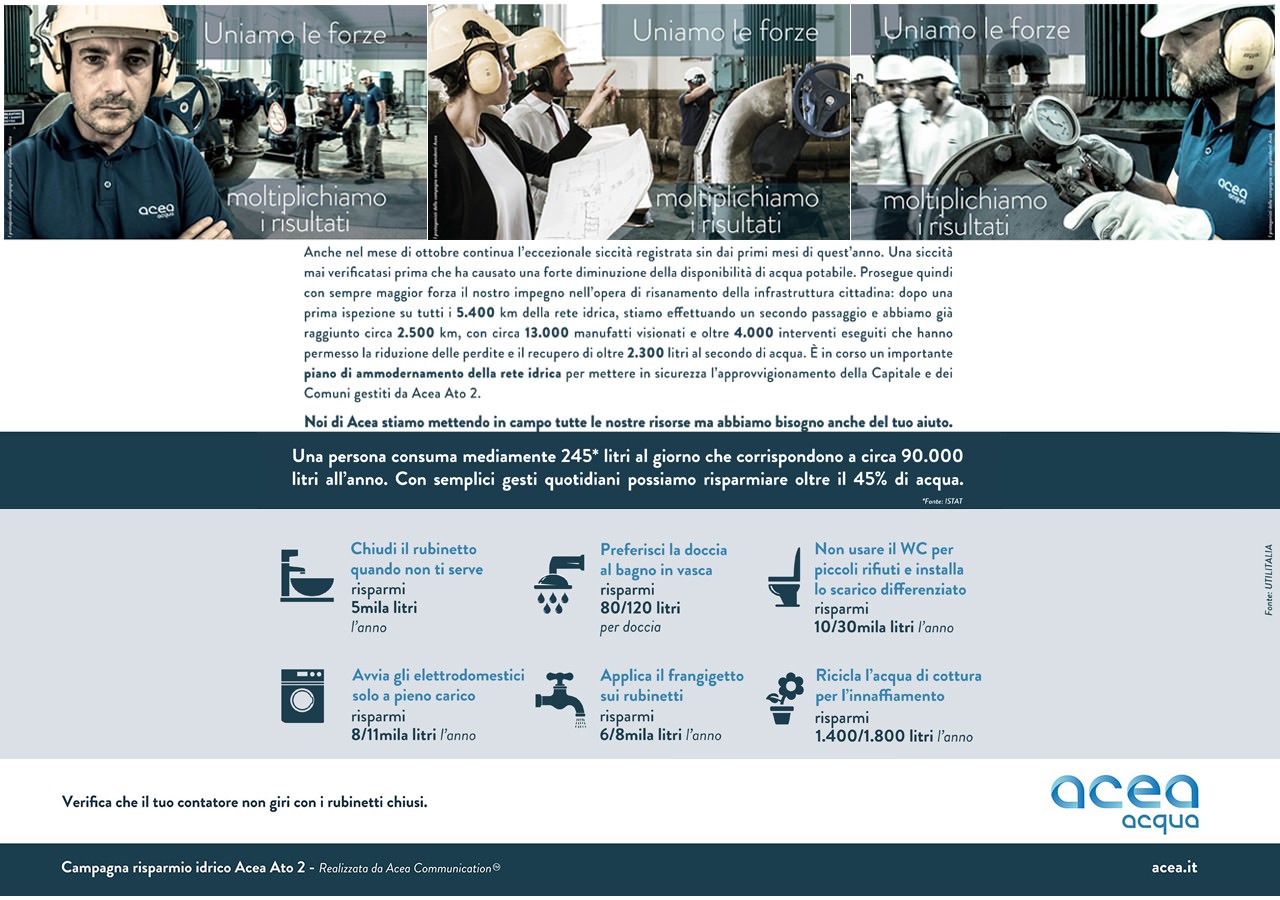