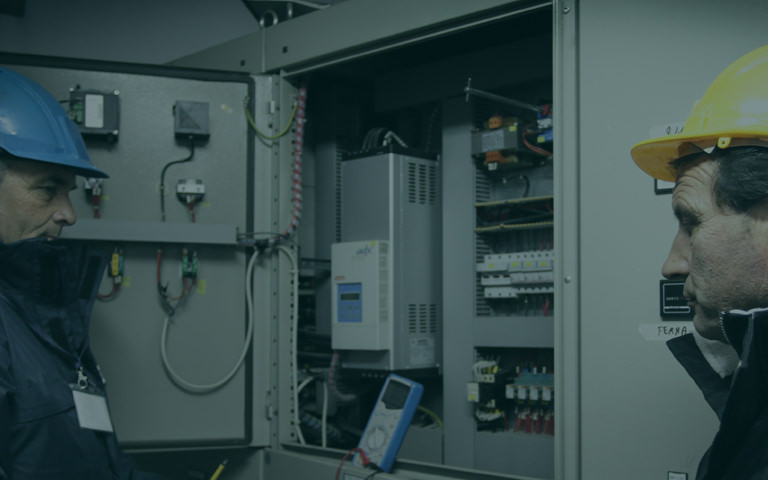 Archive Gesesa for the community

2 February 2021
Gesesa continues treating and valorizing sewage sludge.
In 2020, it disposed of 770 tons of sludge.
Sewage sludge is the solid matter contained in urban and extra urban wastewater. At sludge treatment plants wastewater undergoes a series of depurative treatments that allow to return clear water to nature.

Gesesa has launched a number of social and environmental initiatives that aim to generate value for the local community.
One of Gesesa’s initiatives consists in getting rid of Diesel vehicles: within a couple of years, they will be all replaced by LPG cars.
Sustainability means ensuring efficient services that are respectful of the environment but also get the community involved. Gesesa raises awareness among the community about using water responsively thanks to communication campaigns on saving water.
Since 2019, Gesesa is a plastic free company that contributes to reducing the impact of plastic on the waste management system and on the environment. Photo-voltaic panels have been installed at the company’s premises in order to optimize the use of energy for heating and air conditioning.
The latest important project consists in planting a tree in the towns of the Municipalities within its territory, for every 100 users that registers on MyGesesa. Planting new trees in towns is a collective commitment to mitigate the effects of climate change, protect and valorize biodiversity, improve hydrogeological stability, the quality of water, and livability in urban areas.

The first water house at the University of Sannio

Gesesa has installed the first water house at the University of Sannio.
The aim is to limit the use of plastic and raise awareness of the value of the environment among
students.
Read more in the press release

Gesesa and the Summer 2020 Water-Saving Campaign
Water is a precious resource. Little things we do every day can help to reduce water waste considerably. Once again this year Gesesa has launched its water-saving campaign and published a guide with 10 tips on how to use water responsibly.

Gesesa - Telese Terme: the third edition of the Ideazione 2020 project presented at Istituto Telesi
The third edition of the project “IDEAZIONE 2020 - Giovani Correnti Innov@tive per creare Valore” (Concept-young innov@tive people to create value), promoted by the Acea Group in collaboration with CONSEL- Consorzio Elis, was presented at Istituto Telesi@, in Viale Minieri 9, Telese Terme. Once again, this year, Gesesa has joined the project.

Read more in the press release (only italian version)

Plastic and microplastic pollution represents the greatest threat to our seas and oceans. Plastic
objects take a very long time to decompose, between 100 and 1,000 years. In June 2018, the Ministry of the Environment launched the Plastic Free Challenge, an initiative to raise awareness on the importance of reducing plastic pollution. A few days ago, Gesesa signed a protocol of intent with AMI, the Italian Sea Environment Association, to join the campaign “Liberami dalla Plastica (Free me from Plastic)”.

Read more in the press release (only italian version)

Gesesa celebrates World Water Day 2019 together with the schools

Today, on the occasion of World Water Day, Gesesa met with the students at the De La Salle school in Benevento to involve them in the “The Importance of Water in Life” project organized in collaboration with UNICEF.
The event is part of the “H2SCHOOL” series of meetings at Benevento schools which began on March 20th. Gesesa’s goal is to make students aware of the issue of the sustainable management of water resources through a day dedicated to water, with an educational theatre performance titled “H2WoW, the Importance of Water for Life,” created by the Red Roger theater company and directed by Pier Paolo Palma.

“It is important that we convey to the new generations the civic sense of respect for water resources and environmental protection,” said Alessandra Itro, a member of Gesesa’s board of directors.“We are happy that schools are opening their doors to these projects, which are important for the younger generations,” declared the new president of UNICEF in Benevento, Gianpiero De Cicco, “because it allows the children of our society to know that, unfortunately, there are still children like them in the world who have little water available and, when they do, it is not clean.”
Gesesa’s series of meetings with the schools:
March 20 - P. Giannone school
March 22 - De La Salle school
March 27 – the school in Ponte, with associated branches in Torrecuso and Paupisi
March 29 - the school in Bartolomeo in Galdo
April 3 – Vanvitelli school in Airola

Gesesa participates in M’iIlumino Di Meno (“I’ll Light Up Less”)
On March 1, institutions, companies and individuals who want to give real proof of their interest in sustainability issues and respect for the environment will turn off lights as a symbolic and tangible gesture in support of the action.

Gesesa and the city of Benevento also participate in M’Illumino di Meno 2019, an international action promoted by the “Caterpillar” radio program on Italy’s Radio 2, created to sensitize people to saving energy. For this year’s edition, Gesesa will turn off the lights on Trajan’s Arch, the city’s symbolic monument, from 7:00 pm to 9:00 pm.

“Gesesa’s goal is sustainability, which is why it has set in motion a series of internal communication campaigns to raise awareness on environmental issues among employees. Every day, from the moment we get up, we carry out hundreds of actions, and every one of them has a direct or indirect impact on the environment,” stated Managing Director Vittorio Cuciniello.

The new lighting for the Foglianise municipal fountain of is part of a larger picture of the enhancement and promotion of important historical monuments. Gesesa has in fact illuminated Trajan’s Arch, the Santa Sofia monumental complex, the Roman Theater, the Fountain of the Chains in Piazza Orsini and the old wash house of the municipality of Cautano.

“With these actions, Gesesa gives evidence of its great presence in the area in which it operates,” said Piero Ferrari, managing director of the Samnite company.
“Illuminating this place means bringing honor to the history of Foglianise and its citizens,” concluded Mayor Tommaselli.

Benevento, 07 November 2018 - Yesterday marked the conference for employees of Gesesa on separate waste collection, held together with ASIA Benevento and the WWF, at the offices in Corso Garibaldi and Pezzapiana.
“These meetings need to be organised more often” - Camillo Campolongo commented, Chairman of the WWF - “both in companies and district committees, to raise awareness and spread information about such an important topic as is separate waste collection”.
“Gesesa has sustainability as an objective” - Emilio Porcaro, the company’s Head of Human Resources, declared - “and this is why it is planning a series of in-house communication campaigns to raise awareness amongst employees of environmental matters.”
In order to run the campaign, the partnership with ASIA-Azienda Servizi Igiene Ambientale and with the environmentalist association WWF of Benevento, played a key role.
“In these difficult times, brought about by the fire that devastated the Caivano plant to which ASIA Benevento Spa delivers its waste from its separate waste collection (the composites fraction), it is important to assure these communications to raise awareness and spread information” - Liliana Monaco concluded, Head of the Technical and Administrative Area of ASIA Benevento.

This year will again see the launch of the 2018 Summer water saving campaign.
Starting with everyday actions, we can learn not to waste water.
We would like to thank the schools who took part in preparing drawings about water saving.

Artistic lighting of the Roman theatre of Benevento

Gesesa officially opened the new artistic lighting of the monumental complex of the Roman theatre of Benevento, coinciding with the closing concert of the Benevento National Cinema and Television Festival, during which the maestro Oscar Nicola Piovani performed. The new lighting system uses chromatic shading to allow for an interpretation of the various planes and optimise the construction materials in respect of the site’s historical and cultural heritage.

The lighting of the Roman theatre comes under the scope of the “Gesesa illuminates the history of Samnium” project, conceived to highlight the beauty and symbols of the city in which the company operates. The new type of artistic lighting, of high cultural value and low environmental impact, has offered “new look” to monuments like the Arch of Trajan, a trace of ancient Rome, and the church of Santa Sofia, which dates back to the Longobard period, quite literally bathing them in new light.

Gesesa - VI edition “Running (through) history”, event on foot by night in the historic centre of Benevento

The VI edition of the event took place on Saturday 23 September, departing from the Arch of Trajan at 8pm. A 10 km journey amidst the historic and artistic beauty of the Historic Centre of Benevento.

Participants wound their way around the most evocative streets of the Samnite city, via the historical and artistic sites like the Arch of Trajan, a monument dating back to Roman times, and the monumental complex of Santa Sofia, included on the UNESCO list of heritage of humanity, both optimised by the new led lighting assured by Gesesa.
Read more

Official opening of the old washhouse in the municipality of Cautano, thanks to the collaboration of Gesesa. A work that dates back to the 9th century, a meeting point of young nineteenth century women heading to the washhouse not only to do their laundry but also to socialise. The first restructuring intervention dates back to 2008 and the first term of office of Giuseppe Fuggi; it was then resumed by the Mayor again, after his renewed election in 2014. Migrants living in the host structure Damasco 1 in Cautano helped with the restructuring of the old washhouse, following the protocol stipulated by the Council with the Prefecture of Benevento.

Gesesa is the first, and for now the only company of Sannio Amica dell’Unicef, to support the sale of orchids for the Lost Children. Aware that water is a right of everyone and a staple for humanity.

Gesesa presents the first comic on saving water
The comic, which has been created thanks to the collaboration of two local schools following a specific memorandum of understanding, stars Gesy, the Gesesa mascot. The presentation revealed not only the result, but also some phases of the group work carried out by the boys and girls during the project. “It was amazing to see how the boys and girls welcomed this project, participating actively in the activities”, Luigi Abbate, Gesesa’s Chairman, stressed in this respect. The students of the classic high school prepared the texts, whilst, logically, the drawings were done by those attending the artistic high school. The story stars a child who understands, after making a few mistakes, that he needs to learn to save. He understands, for example, that he should not leave the water running in the bath while he does something else, or leave the tap running pointlessly when brushing his teeth. In short, it is an educational comic to teach children how important water is as a resource and just how many little changes we can make to avoid wasting it.

Gesesa for sport: Telese half marathon

The race is on for the 2nd edition of the Telesia Half Marathon, covering a distance of 21.097 km, organised by the Amateur Running Sports Association of Telese Terms, under the guidance of FIDAL and with the sponsorship of the Regional Authorities of Campania, the Provincial Authorities of Benevento and the Municipal Authorities of Telese Terme. The race, which involved national and international level athletes, took place in Telese Terme on Sunday, 09 October 2016.