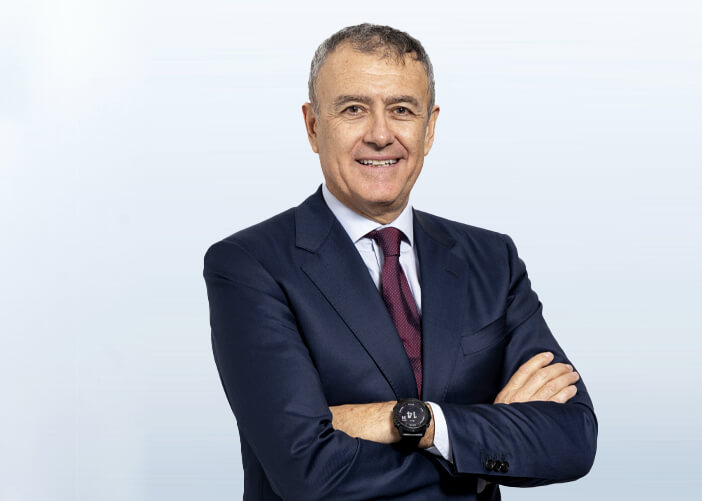 Giovanni Rosti was appointed CEO of Acea Ambiente in October 2022.
With a background in geology, Giovanni Rosti has over 30 years of experience in waste collection, transport, treatment, recovery and disposal.
Prior to joining Acea Ambiente, Rosti was General Manager of the Industrial Waste Division at Ecoeridania S.p.A (2018 – September 2022). In addition to heading up the division, he was responsible for the Group’s M&A activities and tasked with expanding into the industrial waste sector, coordinating acquisitions, and managing the integration of newly acquired companies. From 2013 to 2015, Rosti was Executive Vice President at Ecoeridania.
From 2015 to 2018, Rosti held the role of General Manager of Pulitori & Affini S.p.A, a Brescia-based cleaning and catering company operating in the industrial and healthcare sectors. He was tasked with restructuring the Group, transforming a family business into a corporate organization and facilitating the generational transition.
From 2007 to 2013, Rosti was CEO of Team Ambiente S.p.A., a leading company in the collection, transport and disposal of medical waste.
Between 1997 to 2006, Rosti held various management positions at Systema Ambiente SpA, formerly Systema Srl. The company specialises in the collection, transport, treatment and disposal of industrial and municipal waste. He joined the group as Technical Director, later becoming Development Director then General Manager from 2001.
From 1987 to 1997 he was active in the environmental planning and research sector, first at Ismes S.p.A, then at Montana Srl as CEO and partner.
Alongside his other roles, from 2008 to September 2022, Rosti was CEO (partner from 2015) of Palladio Team Fornovo Srl, a landfill facility for specialized non-hazardous waste. From 2009 to 2021 he was CEO of Brixia Service, a Brescia-based company that manages "non-core" services in the healthcare sector. In 2021 he handed over his operational position to serve as Chairman of the Board of Directors.
Rosti graduated in Geological Sciences from Milan’s Università Statale in 1987.